Belize Gay Pride? We really had to do some digging to find this one out!

It was really interesting to learn about gay attitudes and life in Belize in our last blog post, but to find out that there is a low-key version of Belize Gay Pride was very intriguing.

We made contact with Stephen Daniel Diaz. Stephen is an Executive Director for Belize Youth Empowerment for Change and over the past 3 years has been working on Belize Gay Pride.

Read our interview with Stephen below to find out more:

TGG: Hi Stephen, first of all. Can you tell us a bit about being LGBT in Belize and how society views the LGBT community?

Stephen: ”Being LGBT in Belize means that one must become tough and adopt to the changing cultural norms. In the past, 3 years ago, being LGBT was Taboo and not widely discussed.

Since the turn of archaic legislation that prohibited same ടex relations, noted not gay rights, made for easier access to justice and avoidance of being taken to jail for 10 years for engaging in “Unnatural Act” as they previously called it.

The largely religious environment complicates freedom of expression and hence you would find most LGBT in small social pockets or hidden under aliases. It’s still not widely accepted but tolerated by majority. Although many LGBT persons contribute meaningfully to Belize’s development majority are never seen. ”

TGG: Could you tell us a bit about the version of Belize Gay Pride you host?

Stephen: ”For the past 3 years the Belize Youth Empowerment for Change which consist of young LGBT members has hosted Pride Belmopan (the capital of Belize). We had noticed that the country lacked organisation in regards to Belize Gay Pride. No entity had made an effort to coordinate people and for years.

We noticed that many LGBT Belizeans were not privy to socialization among other LGBT people. BYEC decided to write to international agencies to seek funding to commence Belize Gay Pride as there are little to no investments in gay rights in Belize, much less the spectrum of sexuality.”

TGG: That must have been such a positive influence on the lives of those in attendance? How are these events all funded?

Stephen: ”BYEC managed to secure about $5,000 USD for the past 3 years consecutively hosting an all expenses covered version of Belize Gay Pride.

Due to safety and security we decided to host the event on a needs to know basis with a turn out at the first event of 86 LGBT and Allied supporters. Gradually the crowd got to 180+ when compared to 2016 at 286+ LGBT and Allied members of Pride Belmopan.

The funding stream remained at its original stance as numbers of attendees increased. We also realised because the financial abilities were all different we would not be able to charge our LGBT people until we could have a movement that sweeps the country. This is in comparison to other prides or LGBT events which charge such as Arena Festival in Mexico.”

TGG: Hopefully the funding will increase going forward so that you can involve more and more people year on year. So when does this all happen?

Stephen: ”Currently Belize celebrates a Belize Gay Pride week in August of every year as we recognise the ruling of the Supreme Court removing legal restrictions to ടex. Basic Basic Rights as I call it. ”

TGG: That’s a shame that we won’t be there this year, but hopefully in the future! So tell us, what made you start running this event?

Stephen: ”I have experienced the struggle of stigma and discrimination growing up as a young Gay man and although 27, I feel I still have more of a determination to make a difference in my country.

In addition, it is easy for people who visit Belize to notice the beauties of nature and the Islands but when peered through the social lens you will realise the inequalities that exist especially among LGBT people in Belize. Also the fear of not making it alive to the next year kept the spirit of making change alive. ”

TGG: That is truly inspiring and we completely get that us as tourists don’t always see the reality. How do you see Gay Pride Belize growing?

Stephen: ”I see this event expanding beyond the guidance of the local youth led NGO into a national event that has high political and social impact. Each year as the crowd grows it becomes a struggle to expand and allocate funding to properly manage the event…. but is totally worth it! ”

TGG: We are excited to see how big it becomes! How do you market the event to let the community know about it when they may be under aliases?

Stephen: ”Our NGO has been actively using secret groups on Facebook to coordinate membership to the event. But with growing pressure from other members of society who expects LGBT visibility we have ventured out into advertising the event and activities withholding location because of safety unless requested. Also because of Belize geographic challenge we procured buses to make sure members from the Developed Urban can developing Rural to join. ”

TGG: Running this event is clearly a great step in the right direction. What do you think needs to happen next to help the LGBT community here in Belize?

Stephen: ”Apart from anti-discrimination legislation which would prohibit killings, and attacks against local LGBT, Belize needs to consider partners of Pride from countries who have experienced their challenges and can offer insight and assimilate and localise to our context. Not to say that this not occurring but networking with LGBT platforms and gaining support seems to be a challenge especially with bureaucracies of support to key populations.”

We really appreciate Stephen taking the time to talk with us and feel that we have learnt a lot. He is doing an amazing and important job and we wish him the best.

Should you find yourself in Belize around August time take a look at their Facebook page and see how you can help or get involved in Belize Gay Pride. In March 2018 BYEC will be launching their own website so keep an eye out.

Let us know your comments below, had you already heard of Belize Gay Pride? Or was this new? Where else in the world are there prides no one knows much about? 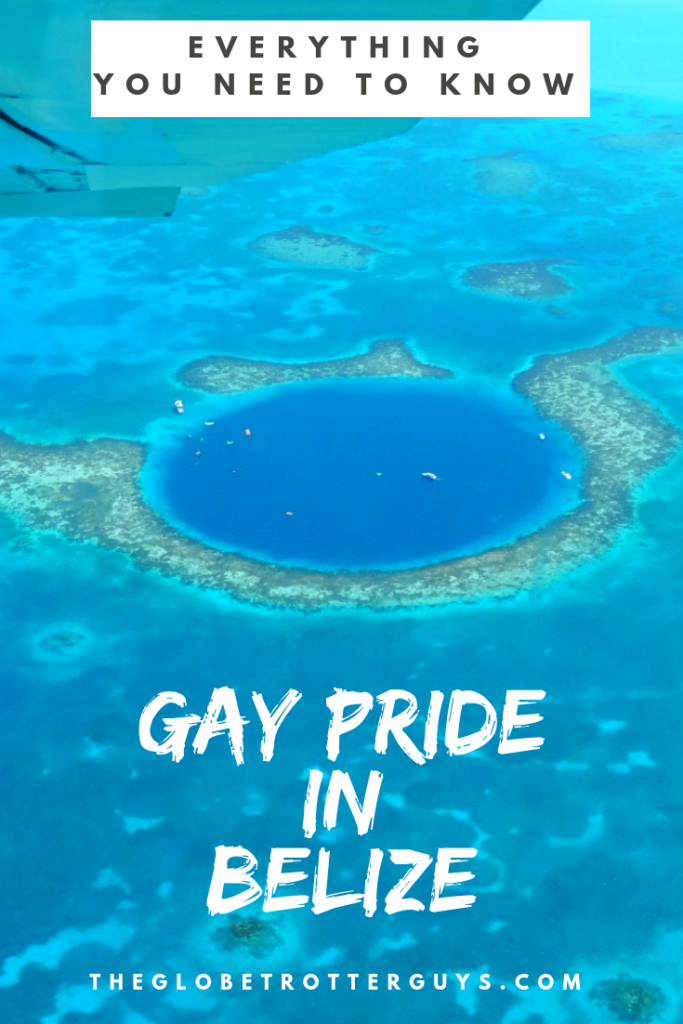