Stockholm is an incredible destination for gay travellers with so much to offer – it is a very liberal and welcoming city.

As a result, the gay bars in Stockholm (and gay scene) are quite unique.

Given Stockholm is such a progressive city, you will find yourself welcome as a gay traveller in bars all across the city.

However, whilst this is great to see, we were very keen to check out as many ‘actual’ gay bars in Stockholm as possible during our visit.

Beyond the gay bars, make sure to also check out our ‘Full Gay Travel Guide to Stockholm’.

Take a look at our favourite gay bars in Stockholm below, along with some further recommendations of gay bars we need to return and visit:

Check out these gay bars and gay clubs in Stockholm for your weekend away: 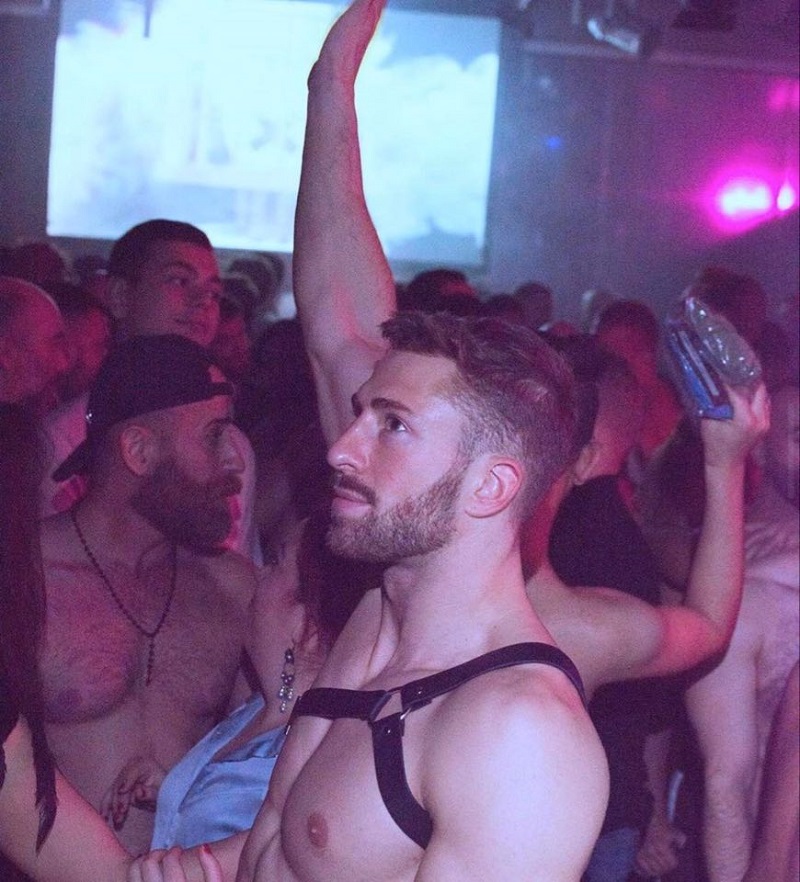 Club Backdoor markets itself as ‘the best gay club north of Ibiza’.

Backdoor is open till 5am Friday/Saturday and naturally becomes the final stop for everyone on a gay night out in Stockholm.

This club can tend to attract more of the circuit crowd and can be found just outside the city centre.

If you are in Stockholm over the weekend, make sure to head to this gay bar on Saturday night.

King Kong opened in 2014 and has two dance-floors.

The music here is a mix of old school pop music (which we love) and also your modern pop and dance music.

The regularly have themed nights and as our visit fell over Halloween we made sure to don our best Halloween outfits!

They have some comical touches such as labels on the toilet doors ‘Top’ or ‘Bottom’ and they also have a station to pick up free condoms etc which is a good thing.

The club opens on Wednesday 11pm-3am and Friday-Saturday 11pm-3am – check their facebook for the most up to date opening hours. 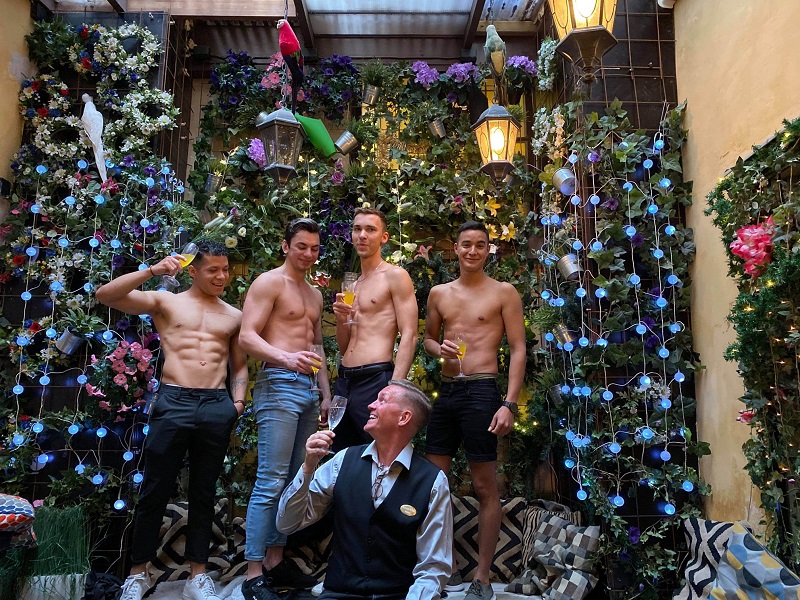 If you want to start the evening somewhere a little more relaxed head to Secret Garden.

We really liked this bar, and again it’s one for the weekend.

It has multiple rooms – some for chilling, some for dancing, and if it’s open there is an underground room too.

Music here is mixed depending on what room you are in, and it mainly attracts a younger crowd. You can find Secret Garden in Gamla Stan.

During the day they also serve food here.

The bar is open everyday, and for a night out at the weekend it is open until 3am.

This gay bar in Stockholm is only open in summer.

Patricia is a private yacht with four bars, a club and a restaurant.

They hold an LGBT night here in summer on Sundays from 11pm-5am. 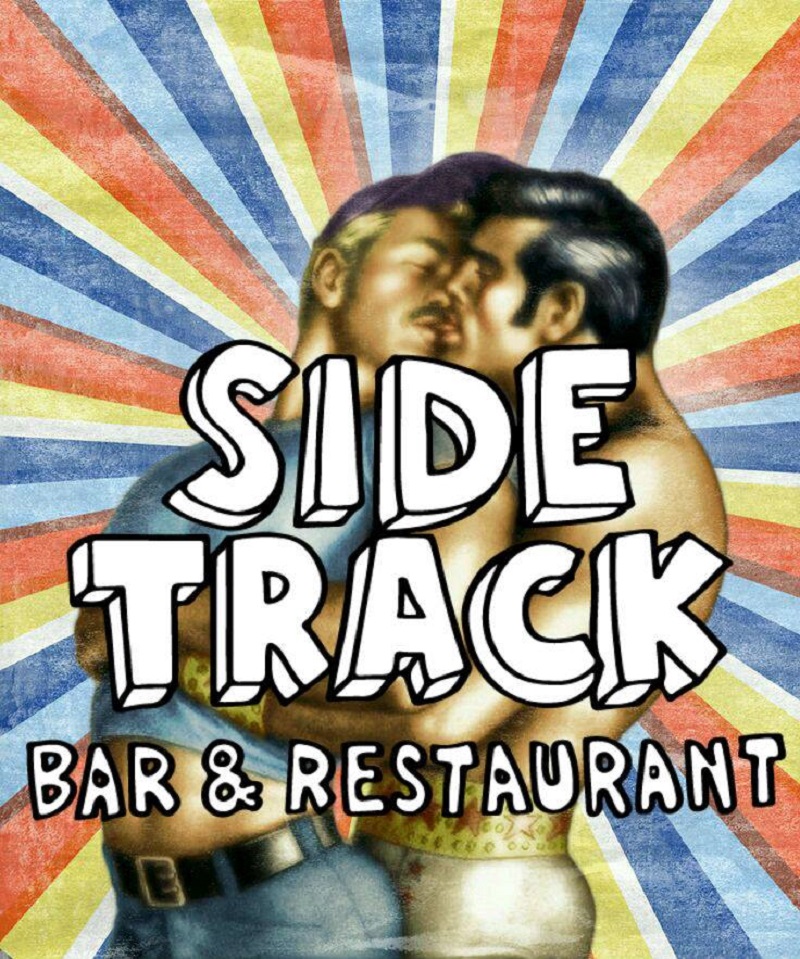 Blink and you will miss this small gay bar.

Side Track can be found next to a Scottish Pub in the district of Södermalm, and you will recognise it by the small pride flag hanging outside.

A small bar, it tends to attract regular clientele, being such a well-established, intimate bar. 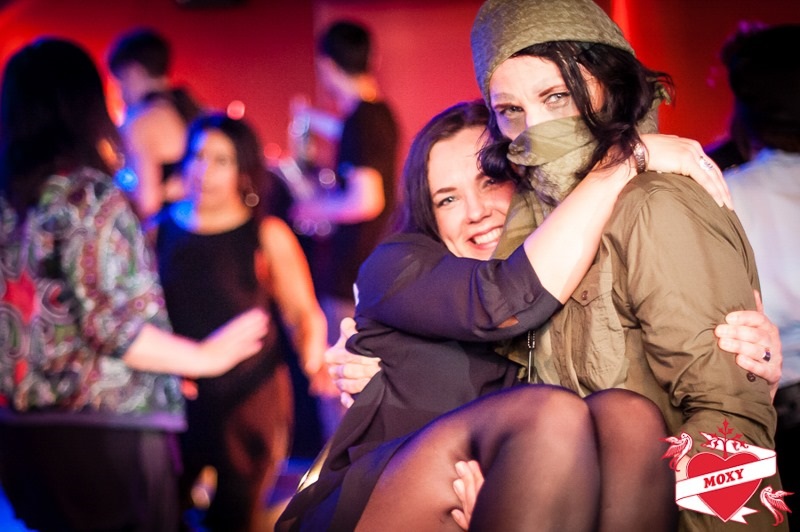 If you are looking for the lesbian bar scene in Stockholm then Klubb Moxy is the place to be.

Moxy is the largest lesbian club in Sweden and has been going for over 10 years.

On their website they state that ‘At Moxy everyone is welcome, any age/background/preferences, only criteria is to wanting to have fun’.

They play a variety of music from R&B, to pop, disco, schlager, house and so on.

Finally for those that want something a bit more intense, SLM Stockholm (Scandinavian Leather Men Stockholm) is a leather, rubber and f*tish gay bar.

This is a member only bar so make sure to check out all the details on their website in advance or you will not get in.

Stockholm has plenty more to offer beyond its gay bars, check out our Stockholm Itinerary to plan a full and amazing weekend away! 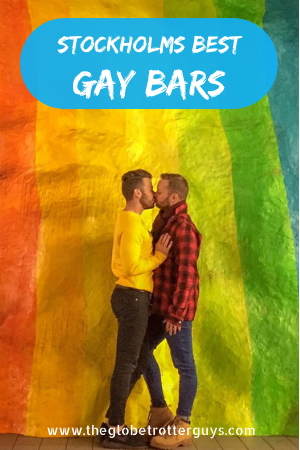 Why you NEED to go to Gran Canaria Winter Pride!