If you are looking for the gay area in Madrid you don’t need to look far.

It is completely normal to see same-ടex couples holding hands, kissing and being loved-up just like any other couple city wide.

In some cities, once you leave the ‘gay area’ or neighbourhood you feel the need to let go of your partners hand – in Madrid this is not the case at all and it’s one of the reasons we love this city.

However, like most cities around the world, Madrid does have it’s main gay area/neighbourhood where you will find the majority of gay bars, clubs, cafes and shops etc.

The main gay area in Madrid is called Chueca and is named after Federico Chueca who could be considered Madrid’s first gay icon.

The area spans about 1km north of Gran Via (one of the main streets) and east to west between Calle Hortaleza and Paseo de Recoletos. The main bulk of gay bars in Chueca are found within ten minutes walking distance of Plaza De Chueca – where the metro station is found.

Chueca is walkable from the ‘city centre’ (Plaza Del Sol) or just a couple of metro stops.

It is obvious you have arrived in the gay area given that the walls of the metro station in Chueca are painted floor to ceiling in rainbows!

What will you find in Chueca? Being the main gay area in Madrid, Chueca is home to the majority of the gay bars and clubs (20+), many gay oriented shops, coffee shops, cafes, restaurants, gay saunas and cruising clubs.

There is plenty to do to keep you busy!

It is also where you will find one of the many main stages and performance areas during Madrid Pride as Chueca becomes the focal point of the city and a vibrant hub of activity during this time.

It’s very obvious when you have arrived in Chueca as the streets are lined with many rainbow flags displayed in shop windows and rainbow bunting crossing the streets. 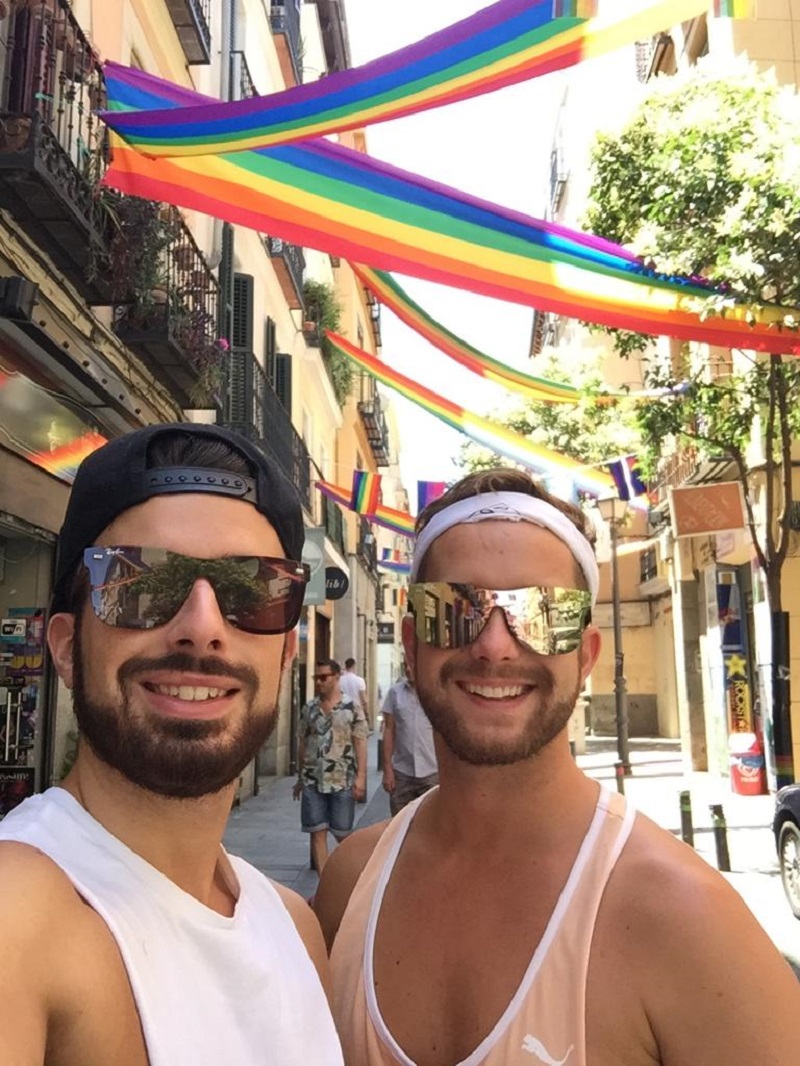 Other gay areas of Madrid?

Like we said, Madrid is a very open city and we felt comfortable and at ease wherever we went in the city.

However during our time living there we found that there were a few other areas that seemed to be very popular with the gay community!

Check out these unofficial gay areas in Madrid: 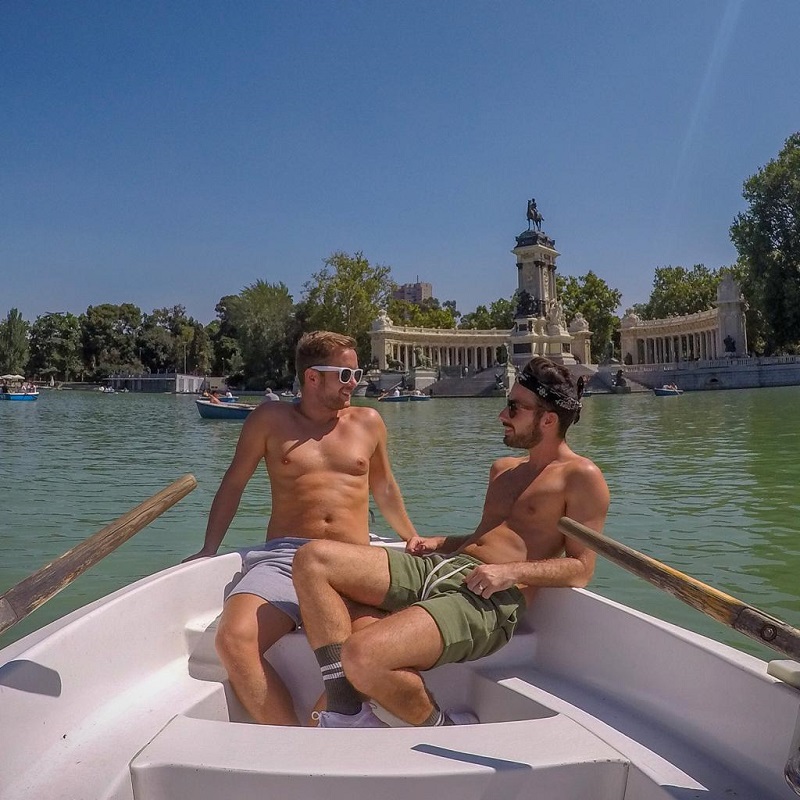 El Retiro Park is a beautiful huge park to the east of the city centre with lakes, plenty of greenery and a palace in the centre.

The park itself can be easily reached on foot or by metro from the city centre.

We spent a lot of time there during the summer topping up our tans and found that there were many other gay guys hanging around the park sunbathing in speedos or just their underwear!

When we looked into it further it was no surprise, El Retiro Park is a well-known gay cruising spot in Madrid, in particular on the south-western side of the park, next to the Fountain of the Fallen Angel. Piscina Lago is an outdoor swimming pool and sunbathing area and is part of Casa de Campo Municipal Sports Center.

The pool is huge, very well maintained, as are the changing areas and surrounding sunbathing spots. You will also find plenty of water fountains to top up your water bottle throughout the day.

There is no café on site so it’s best to bring a picnic with you.

We visited here a lot during the summer and on some days, it felt like a gay pool party – it was clearly a very popular spot with the local Spanish gay guys.

Case De Campo, like Retiro is a huge park area with a lake, trails to walk/hike, places to bike and even a zoo.

It is a little further out of the city so you do need to use the metro and similar to El Retiro Park, is another well known gay cruising area of Madrid.

Hotels in the gay area of Madrid?

All hotels in Madrid should welcome gay travellers and it is highly unlikely you will ever have a problem.

However, see this shortlist of the best gay friendly and gay hotels in Madrid to give you some inspiration!

The main message we want to get across here is that whilst there are well known gay areas in Madrid, please know that the whole city is welcoming, friendly and could not care less about your sexuality – so much so that we could seriously see ourselves moving back there one day, 7 months was not enough! 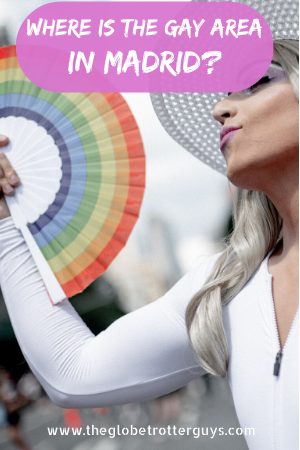