Athens is one of our top gay hotspots in Greece and like many gay friendly capital cities around Europe, attracts many gay travelers.

As a result, if you head to the nearest coast you can find an unofficial gay beach near Athens which is especially popular in summer, read on to find out how to get there…

Limanakia B nudist beach (in Vouliagmeni) is the most popular beach near Athens for gay locals and travelers alike.

Like most of the nearby coast, the beach is relatively rocky but as a result you are granted beautiful clear waters to swim in which may be welcome after spending time in the hot city itself!

Liminakia gay beach is a 30-minute drive from the city centre or you get public transport or an Uber. It known for being hot, busy and naughty during the summer.

If you are going to take public transport, you need to get the local metro (M2) to Elliniko station (red line) and upon exiting the station take a 30 minute bus (bus number 122) – keep an eye on your route using google maps to be sure where to get off the bus – the stop you want is stop ‘B Limanakia’. from here follow the road directly to the beach. 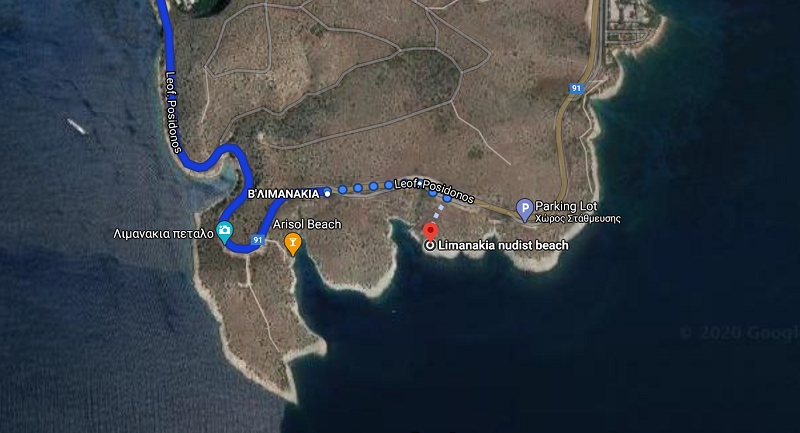 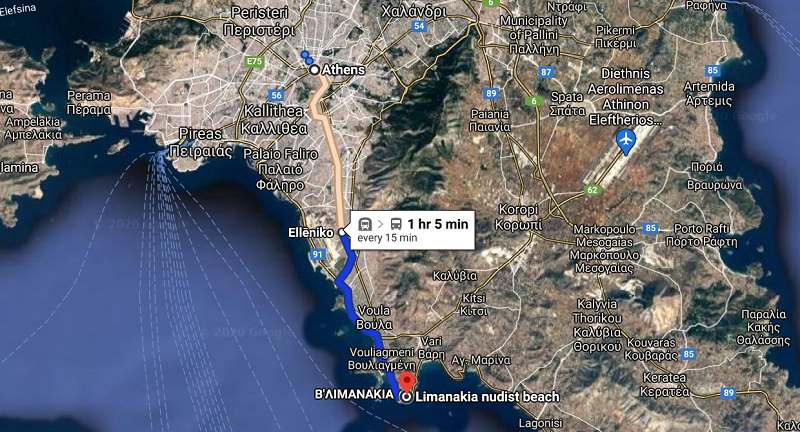 The beach is marked on google maps as ‘Limanakia Nudist Beach’.

Just before Limanakia B beach, you will pass Vouliagmeni beach.

This is also considered very gay friendly but if you have travelled all the way from Athens and are looking for the most popular gay beach near Athena, you might as well carry on (less than 10 minutes) to Limanakia B nudist beach.

We met a local gay couple during our stay in Athens who took us out for the day to Alykes Drosia Beach (aka Bora Bora Beach specifically) which was an hours drive north of Athens in Chalcis.

This was not a gay beach per se, but we personally found it to be very gay friendly, we were clearly a group of gay guys all in our little speedos (take a look at our top ten gay swimwear brands!) and did not feel self conscious at all.

We wanted to include this as a recommendation as the beach and water was lovely, there were hardly (if any tourists) and as a result it had a great local feel and prices of food/drinks sunbeds etc was reflective of this fact – another great escape from the city!

If you want to know more about this iconic city, including where to stay and where to find the gay bars, check out our Full Gay Travel Guide to Athens

For our shortlist of the best gay beaches around Europe, click below: 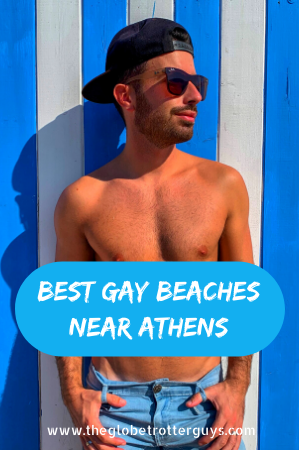