Comedy is a tough gig but these gay comedians are smashing it and guaranteed to make you laugh.

Some of these gay male comedians have been going for years whilst some are newer to the scene with each gay comedian bringing their own unique style and sense of humour.

Lets face it, being gay comes with its challenges and having these gay comedians bring some light relief to these challenges can be somewhat therapeutic (and hilarious of course).

From political jipes, situational comedy, observational comedy and jokes specifically about being gay, you will find lots to relate to from these gay comedians.

Our list of gay comedians is based on who we have watched and personally enjoyed, there are so many more out there! Let us know which gay comedians we should be watching and add to this list. 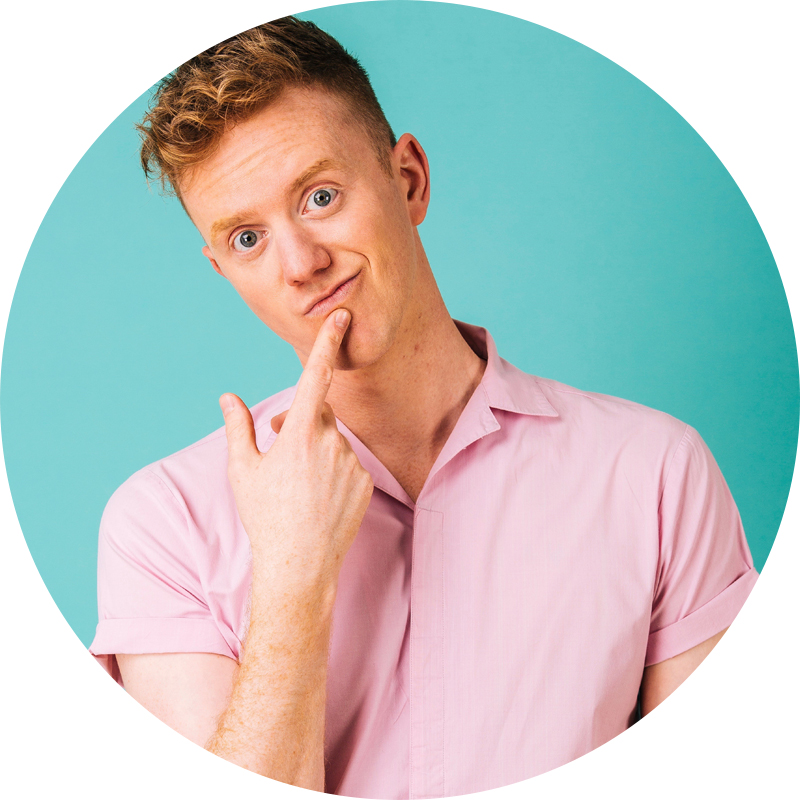 We met James in New York and saw his show in Manchester recently.

Known for his award winning podcast ‘A Gay and a Non-Gay’ with Dan Hudson James has gone on to be a radio presenter and stand up comedian. His show titled ‘Straight Jokes’ is well worth checking out and if you are at the Edinburgh Fringe this year make sure to head over and see him. Joe Lycett is a British gay comedian who we have watched for years for he stand up and for his numerous TV appearances.

We know him best for his stand up where he takes on scammers and plays their own game against them!

Must watch clip: In 2015, he also took on a parking ticket company for parking unlawfully in a taxi rank. The ensuing trail of correspondence, between him and the Council, was absolutely brilliant and became the basis for one of his stand-up routines.

He has also appeared on Live at the Apollo, Taskmaster, Never Mind the Buzzcocks, 8 Out of 10 Cats, QI, was the narrator for Ibiza Weekender, the presenter on BBC Two’s The Great British Sewing Bee and Channel 4’s consumer rights show, Joe Lycett’s Got Your Back. 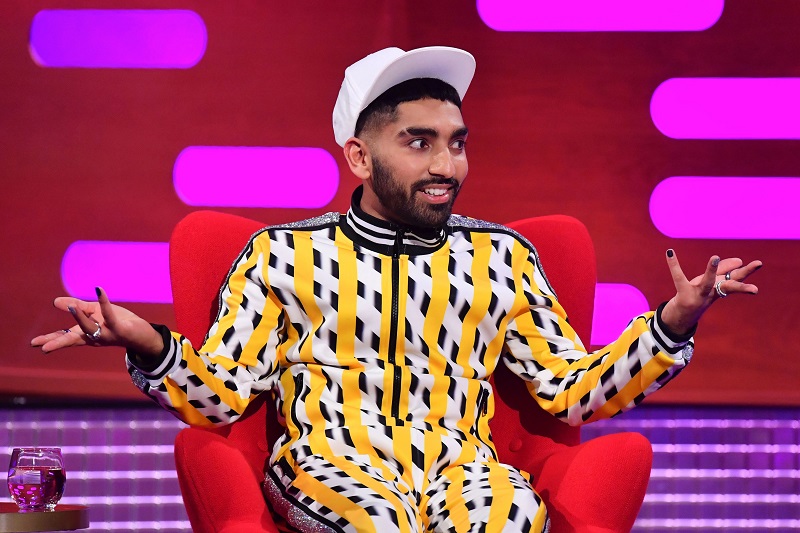 Mawaan is newer to the mainstream gay comedy scene and started his media career on YouTube at the age of 16.

Off the back of YouTube he gained various comedy roles on TV including BAFTA award nominated series such as DBB and a Disney series.

Must watch clip: His stand up career as a gay comedian started in 201o has hugely taken off in the last few years. Our favourite clips are his ‘singles’ “I’ve Got a New Walk”, “Mango” and “Never Been Skiing”.

With numerous high profile TV appearance and his own documentary exploring ‘How Gay is Pakistan?, Forbes named Rizwan one of their ’30 under 30’ movers for their 2020 list. 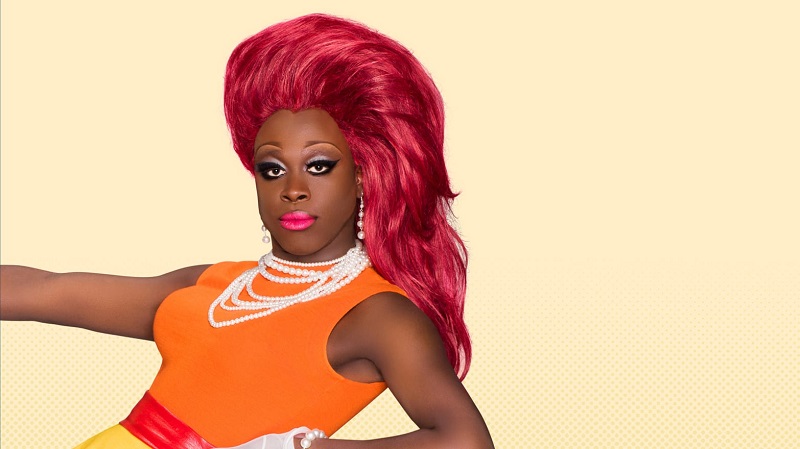 Heading over to America, Bob the Drag Queen is one of our favourite US gay comedians.

Bob the Drag Queen is not just a gay comedian, he is also an activist, TV personality, musician and winner of Drag Race season 8.

Must watch clip: Never Insult a Queer Person on TV, or else. 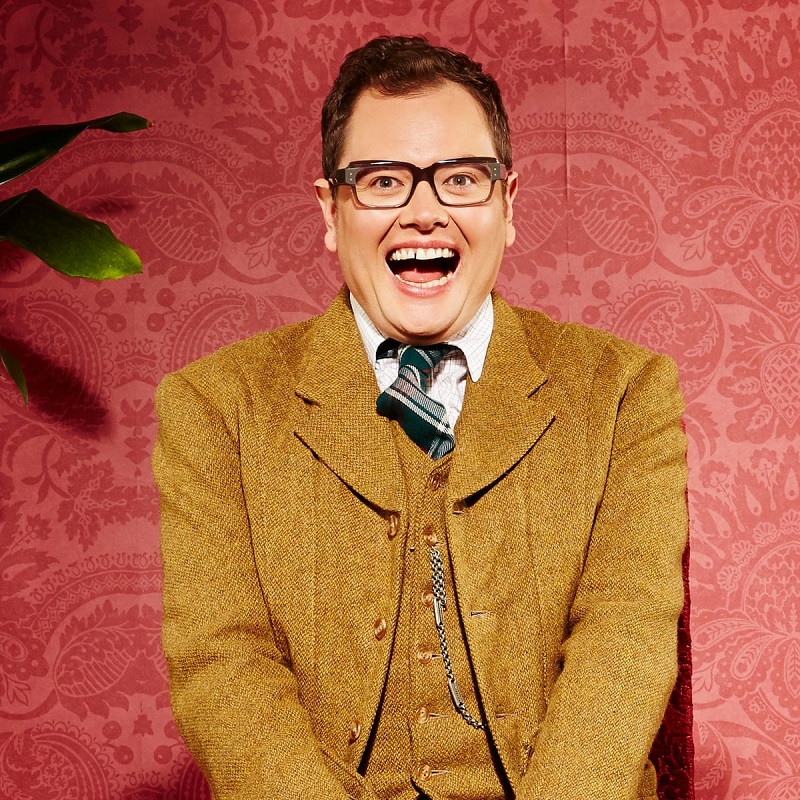 Alan  Carr is an English gay comedian who we know best for his talk show, Alan Carr Chatty Man.

He first big break on the comedy scene was in 2001 winning the City Life Best Newcomer of the Year and the BBC New Comedy Awards.

Since then he has been on many TV shows in UK RuPauls Drag Race, as well as hosting his own talk show. He has also won two British Comedy Awards, two National Television Awards and a BAFTA TV Award.

Must watch clip: Alan Carr Live at the Apollo or any of his interviews on Alan Carr Chatty Man, he loves to get he guests drunk!

Similar to Alan Carr, we know him for his long running talk show The Graham Norton show which has won him many BAFTA awards.

Must watch clip: The Graham Norton Show with Lady Gaga. 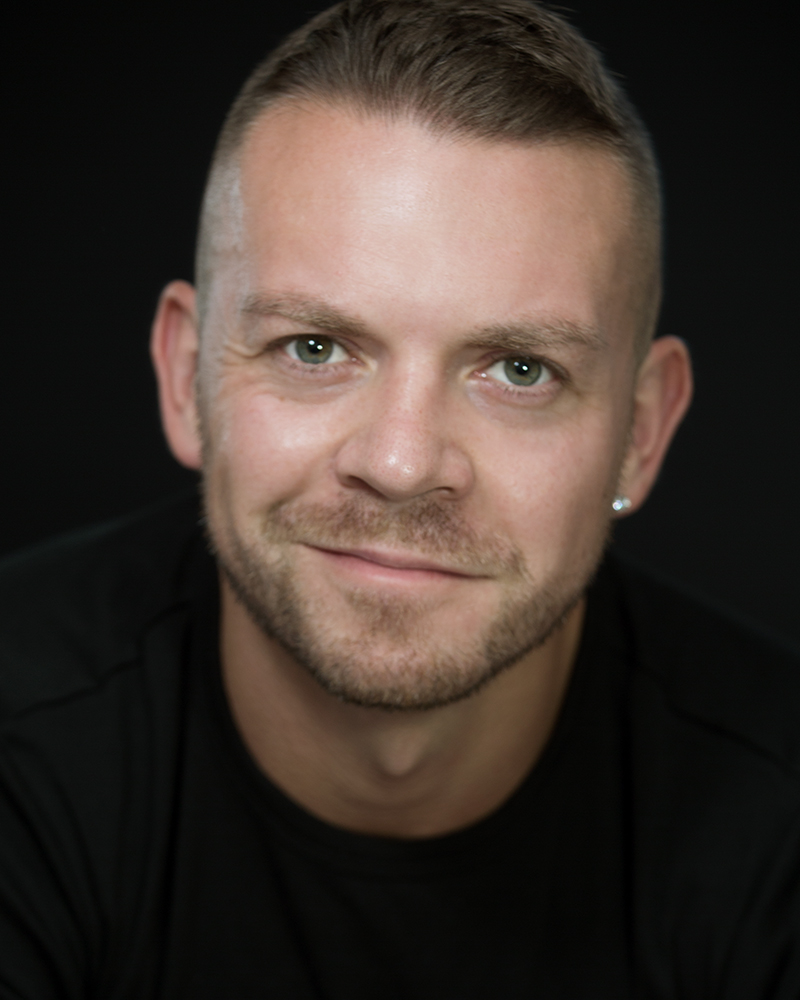 Russell is a London based gay comedian who has won many awards across the UK comedy scene.

He is a regular at a lot of popular clubs including Top Secret & Up The Creek, as well as sharing the stage with acts such as Joe Lycett, Sean Walsh and even Alan Carr.

In 2018 Russell made his Edinburgh Fringe debut with his critically acclaimed show ‘The Curious Incidents Of The Gay In The Night Time’.

Tom Allen is a gay comedian, writer and actor.

Hi is known for his wit and camp, riotous storytelling and has performed to audiences all over the UK and around the world.

We first came across him for his writing for the gay magazine Attitude and since then he seems to appear on more and more TV with recent appearances on Live at the Apollo. 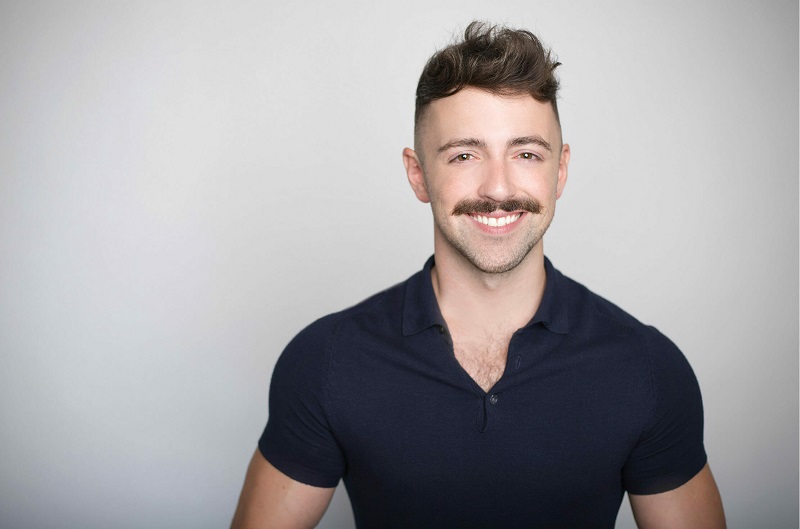 Matteo Lane is a US based gay comedian and we first came across his stand up skit on the ‘gay voice’. If you get it you get it.

He does a lot of great gay based stand up which is totally relatable and hilarious.

Must watch clip: Matteo Lane – Every Disney Character Is Gay

Simon Amstell performs as a stand-up comedian amongst many other things. He has performed at the Edinburgh Festival Fringe in many times and toured the UK.

One of his most recent projects was in 2019 for the release of an hour long Netflix stand-up special, ‘Set Free’.

Must watch clip: Simon Amstell Shares The Secrets To A Happy Life | Netflix Is A Joke.

We first saw Billy on American Horror Story but more recently have come across his comedy on YouTube ‘Billy on the Street’. He has a no nonsense, wind up approach and catches the public out every time.

Must watch clip: Billy on the Street: Best Moments.

Matt Lucas first rose to fame with the award winning series Little Britain along with David Walliams, hilarious at the time but on reflection this was most certainty pushing it!

In January 2005 Lucas and Walliams were named the most powerful people in TV comedy by Radio Times.

Have we missed any big gay comedians? Let us know and we will check them out.