We recently went on our second gay cruise with Atlantis Events and to say it was phenomenal would be an understatement.

After we wrote our first blog on Atlantis: 12 Things you need to know about a gay cruise we had a lot of people asking about travelling solo or as a single person on a gay cruise.

Atlantis certainly caters as a gay cruise for singles and everything in between (see ‘Who goes on a gay cruise’ which covers a diverse range of people – everything from open couples, closed couples, throuples, solo travellers and groups of friends).

Since we travelled as a couple, it’s not fair for us to tell you about what its really like to go on a gay cruise as a single person. That’s why we connected with fellow Brit, Ben (a different Ben!).

Ben went on his first gay cruise as a single, solo traveller and we ran a short interview him so that you can learn what to expect, and hopefully put some of your concerns to bed.

We can’t talk highly enough about the cruise, so we hope that this encourages you to join us next year!

Gay Cruises for Singles: An Interview with Ben

Hi Ben, thanks so much for offering to speak with us. Please could you introduce yourself to our readers?

This was my first ever Atlantis gay cruise and I came as a solo (and single) traveller.

What were your thoughts/concerns about going on a gay cruise as a single person?

I had concerns that maybe I was going to find it hard to connect with other people without coming over in a group.

I tend to feel more confident in striking up conversation if I’m travelling with someone else.

What made you go for it anyway?

My new year resolution was to make more friends and to travel more so I’m so glad that I went for it because I feel like I have completed both resolutions at once.

It’s such a great feeling to have bitten the bullet and push yourself out of your comfort zone because that is what really makes life worth living.

We completely agree! How did you feel walking up to the ship on day 1? Were you nervous etc?

As soon as I got to port the Atlantis staff did such a great job at making me feel welcomed as a first timer.

I felt excited to be around so many other gay people because I knew that once I got on board I could be free to be myself.

That’s so good to hear! So how did you feel on the first day on board the ship – did you find people were very welcoming?

Malcom is a treasure! He and the Atlantis crew did such a spectacular job at helping newbies find their way.

I would recommend going to the orientation when you board so you have an idea on what to expect.

There was a buzz of anticipation on the first day, everyone was vibing with excitement and you soon felt right at home.

How does it work as a solo traveller – can you tell us about the room sharing option?

I was randomly paired up for my room share programme and I believe it is done by smoking preference.

I am not sure if it is based on age however I shared with a great guy close to my age group who I soon became friends with.

If you choose the room share programme it’s a great start to make your first new friend.

(There is also a Facebook group for this cruise you could join and find someone to pair up with if you want to find someone as like-minded as possible – although at the end of the day everyone is there to have a good time!)

How was your room sharing experience?

I couldn’t put a fault on it personally.

It worked out really well, towards the end of the cruise you tend to end up doing different things at different times to your roommate as you start connecting with different people.

How did you make friends on board – are there many other solo travellers and are there specific events to get everyone together?

It’s really easy to make friends on board!

I guess sometimes there’s a bit of Dutch courage but also if you go to the t-dances and themed parties, you’ll be dancing with new people who are always eager to strike up conversation.

I went to one of the singles dating dinners too which was very enjoyable because you get sat with all different types of people from different backgrounds and cultures. 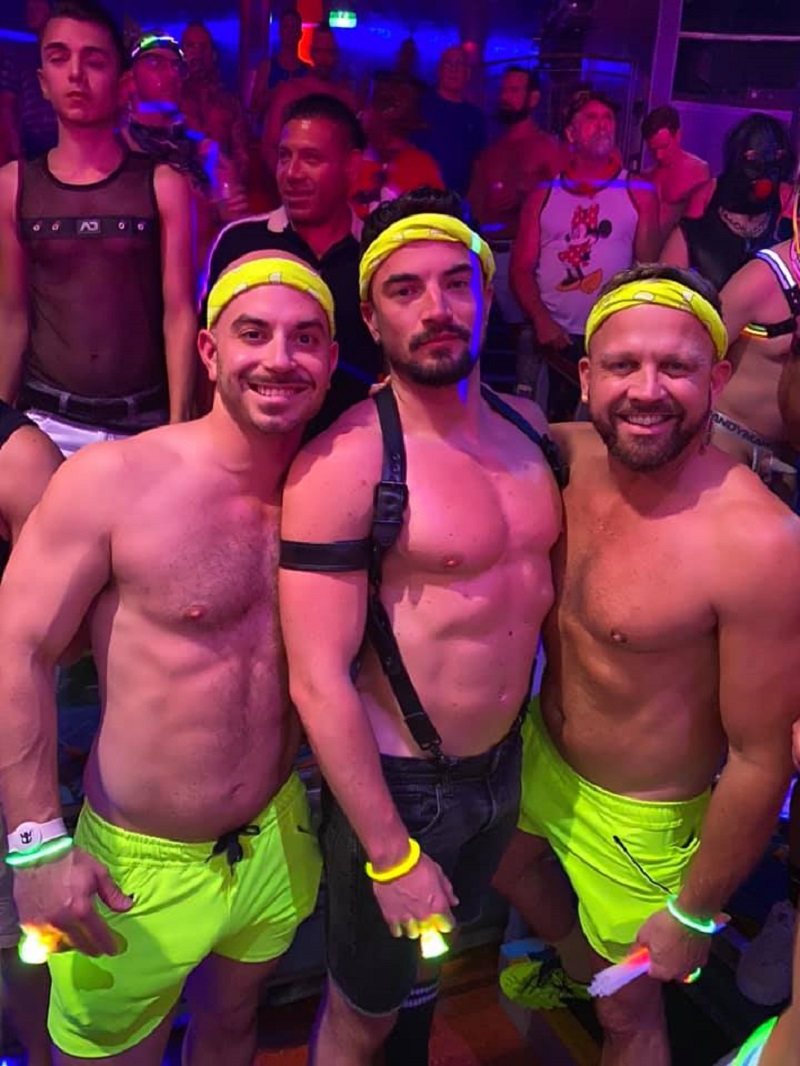 What made the cruise special for you?

You’re free to be yourself, not having to worry about being judged or looked at differently for being intimate with your partner/spouse/fling but honestly, what really made it special is the connections I have made from people all over the world.

I’m planning to visit them before Atlantis 2021.

What would you tell someone who is looking for a gay cruise for singles and thinking of coming on Atlantis solo but is still a bit terrified?

Humans thrive and flourish when they are pushed out of their comfort zone.

I feel so accomplished and look back at how nervous I was before boarding with amusement. It’s an experience you will never forget.

Anything else you want to add?

Thanks so much for speaking with us!

We found that after speaking with many people, the messages in Ben’s interview were repeated time and time again.

Everyone is a bit scared until they arrive and find themselves in one of the friendliest environments in the world.

Don’t forget, its not just all about singles! We have been on two Atlantis gay cruises now and we have seen every single type of person on board, from singles to couples, throuples and groups of friends.

Head over to ‘Who goes on a gay cruise‘ for full interviews with a range of different travellers from all walks of life.

We fully intend to be on the cruise next January, if you see us, please say hi! You can find the upcoming dates at atlantisevents.com. 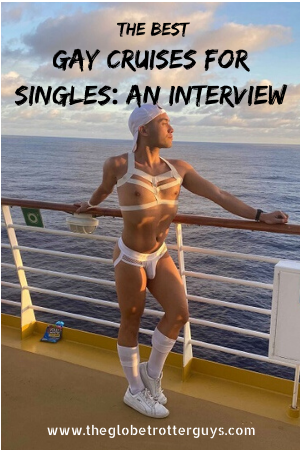