We have been to Thailand many times and have had nothing but great experiences. Thailand has so much to offer from the crazy capital city of Bangkok, to the jungles of Chiang Mai and the idyllic beaches you will find on the islands in the south, including the island of Koh Phangan, where the world famous Full Moon Party is held every month.

Like most countries, we know we are in a privileged position as a tourist so we wanted to interview an LGBT local to get a more in depth insight as to what it’s really like to be LGBT in Thailand.

We got in contact with Bud who was willing to share his experience. He talks about the local attitudes towards gay Thai guys, towards tourists, the laws and the notorious Thailand gay ടex scene. Read on below: 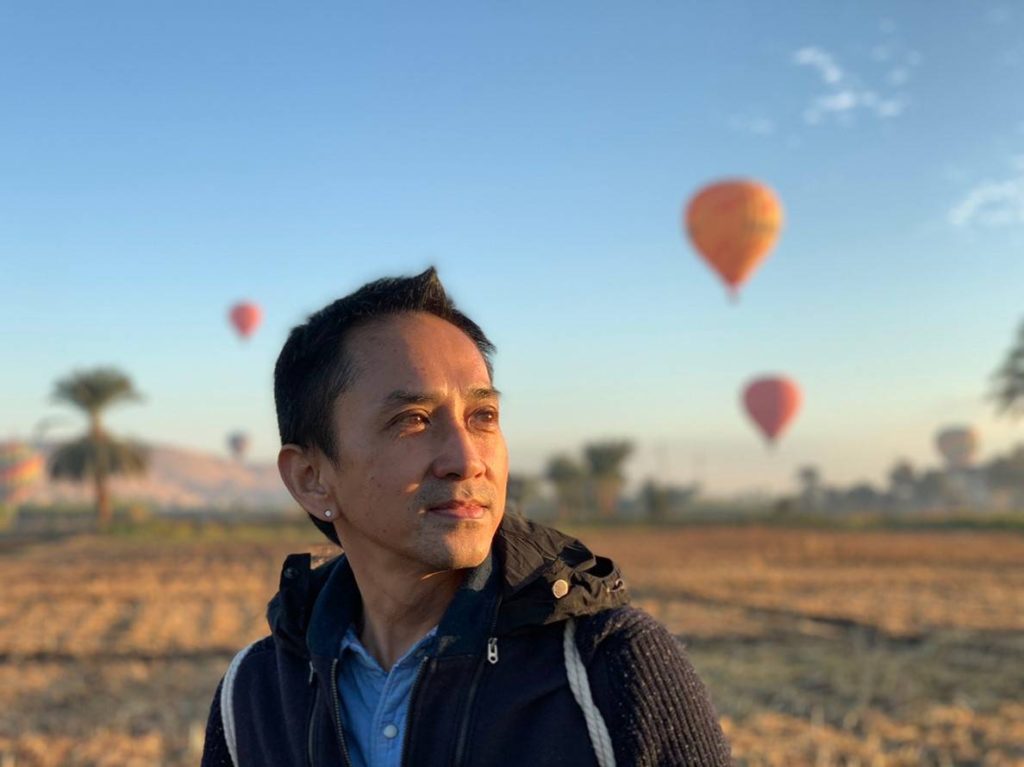 Hi Bud! Please introduce yourself to our readers.

Hi! My name is Bud Jungsaitakul. I am a middle aged gay professional and a world traveler from Thailand. I work as a senior operations manager at a large multinational company. I am a Thai National, MBA graduate and I live in Bangkok.

Thanks, so tell us, what is the stereotypical view of a local from Thailand towards someone who is LGBT (either local or tourist – is there a difference)?

Thailand is generally very tolerant towards the LGBT community and is probably the most gay friendly country in Asia.

The LGBT community has been visible in Thai culture for a very long time.  Stereotypical views towards gay men in particular is that they are mostly feminine and camp.

Lesbians and bisexuals are much less visible in society and many locals think lesbians are temporary, something that just happens at younger ages and when girls get older, they will just get married with men and have children.

Bisexuals are not visible in Thailand, not many people are out as bisexual – it’s either gay, trans or straight.

Local views toward LGBT tourists are not much different.  Tourists are very welcome in Thailand, not just the LGBT, as it is part of Thai culture, we always welcome tourists. 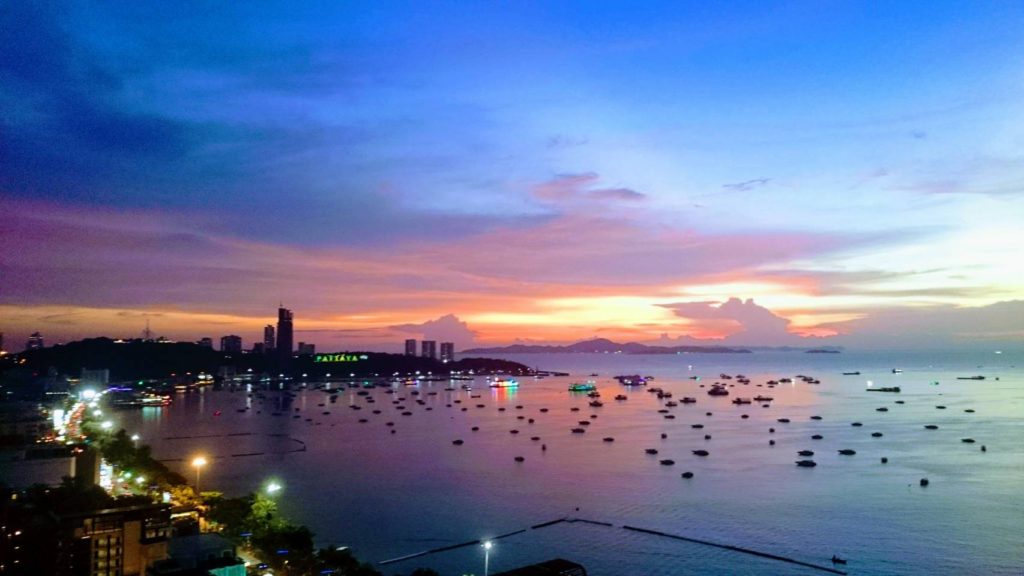 Have you seen this view change over time?

Views toward the LGBT community have been changing rapidly over recent years where more and more people are openly gay.  Celebrities are more open with their gender identity and are becoming role models for young people.

Society is much more accepting towards LGBT people and are much more open to LGBT rights.  In the past, although people were tolerant, many did not think LGBT people should have the same rights as straight people, such as same ടex marriage, or discrimination of rights at work.  Nowadays people are much more open to same ടex equal rights, especially among younger generations. Older generations may still not be quite as accepting.

What laws and protection are there for LGBT people? Are these improving?

Being LGBT is legal in Thailand and gay ടex is allowed.  However, it is only in the last few years that Thailand has officially recognized LGBT rights and has laws against discrimination for LGBT people (since 2015).

In December 2018, the Thai government passed the Civil Partnership bill and is waiting for a formal law to be released in Q1 2019. This would be the first country in Asia to have this law (Taiwan same ടex marriage law has been rejected).  However, this bill will still not be giving equal rights as straight couples i.e. child adoption is now allowed,  public welfare and tax benefits for partners are still not recognized.

For businesses, many large companies are recognizing LGBT rights and there is much less discrimination at work – although we do not see many openly LGBT people in senior leadership roles.  It will still be a long way to go for Thailand in this area.

Can you tell us more about the gay scene in Thailand?(Gay ടex scene, bars, clubs, saunas, support groups etc)

There are many gay bars, saunas and support groups.  For example, popular gay bars in Bangkok are in Silom Soi 4 (Telephone Bar which has been open for over 30 years), Balcony Bar Soi 4, DJ Station Dance club Silom Soi 2, GOD dance club Soi 2/1.  There are also quite a few GO- GO boy bars spread around the Silom & Surawongs areas. 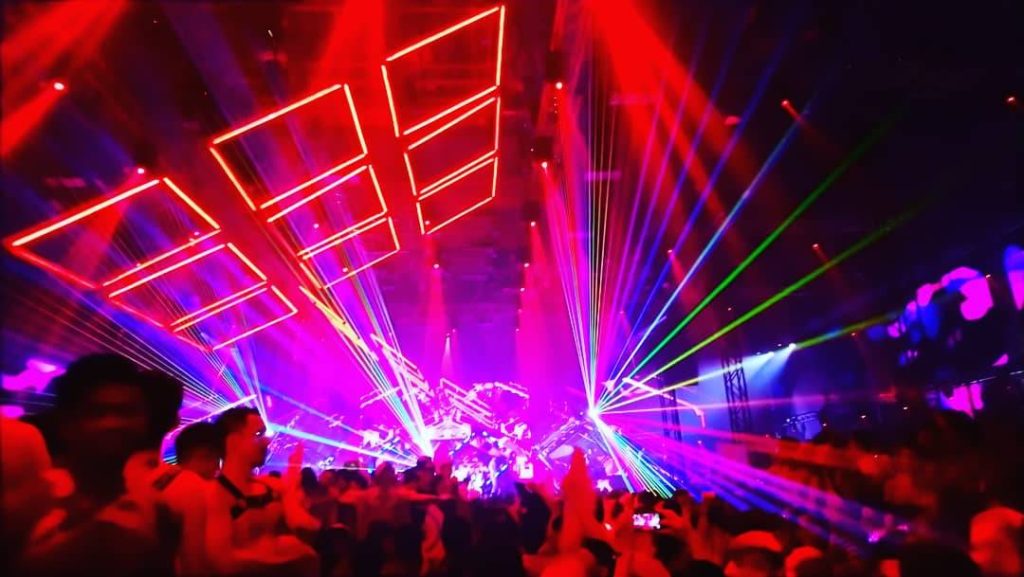 Babylon Sauna Bangkok is also the most long running venue in Bangkok and world famous for those looking for Thai gay ടex.

There are a few support groups such as the Rainbow Sky association and Bangkok Rainbow who are active for gay volunteers and other support activities.

We have Gay Pride but it is not as big as other countries as this is not actively organized and funded. There are some small activities around pride events.  Gay pride parades have not been organized for many years (partly due to heavy traffic in Bangkok and lack of funding).

What advice would you give an LGBT traveller coming to Thailand? (what to do and what not to do)

For LGBT travelers, there is no extra precaution, just enjoy your time in Thailand, people are friendly and welcoming to tourists.

However, as with when you are travelling to any other countries, please respect local culture and avoid doing things that would offend local religions e.g. do not take a photo butt naked in Thai temples!  Wear appropriate clothing when visiting cultural venues i.e. temples and palaces . No ടex in public spaces  e.g. parks, beaches!

Prostitution exists in gay communities in Thailand and in the Thai gay ടex scene, but it is not officially recognized as legal, so be careful if you are engaged in this.

As with any tourists to Thailand, please beware of tourist scams e.g. overprice taxis, shopping scams (fake jewelry and branded products). Use your common sense when going places.  Check with your local hotel for advice.

Anything else you wish to add?

Traffic in Bangkok and Thailand is generally bad, please be patient , it may take a while to get used to moving around slowly in the city !  When crossing streets, please look both way for your safety.

Bargain well for prices if you are shopping in streets, markets but not at shopping malls and established shops!

Thank you so much to Bud! We really appreciate your insights and hope that it encourages our readers to feel safe, secure and confident when visiting Thailand!

For more about being LGBT in South East Asia including Thailand, check out the following posts: 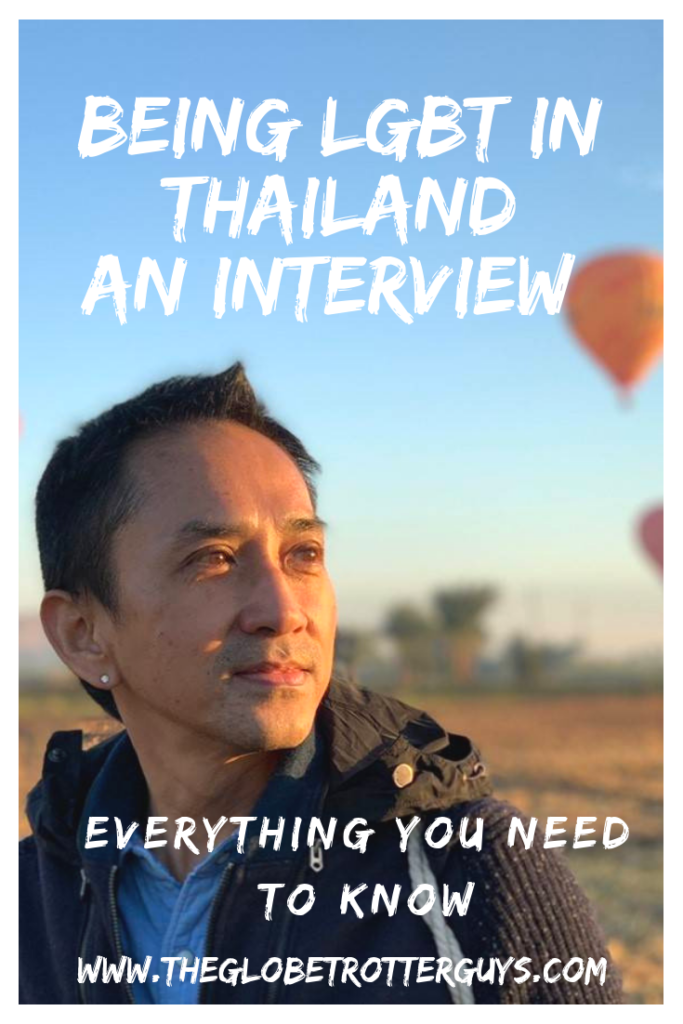