Wales has a special place in our hearts given Sion grew up in North Wales.

For those that have not been, Wales is part of the UK (i.e England, Scotland, Wales and Ireland) and is a beautiful country with incredible landscapes and lots of adventures to be had.

But what about gay Wales?

From Sion’s perspective he did not see the gay side of wales at all growing up, it was non-existent at that time. It was only when he arrived at University in the gay capital of the North, Manchester, that he experienced his first gay bar.

So instead, we connected with fellow gay travel blogger Jack who is from South Wales to tell all about what is on offer to the gay traveller coming to Wales today and how accepting the country is from his personal perspective.

For more about Wales, check out our guide to North Wales (we had so much fun!)

Hi Jack! If you could introduce yourself to our readers first that would be great before you tell us about gay Wales..

Hi! My name is Jack and I live in South Wales.

It was something I had wanted to do for a while, but wasn’t sure how was best, and in the end I just decided to go for it, and it was one of the best things I’ve done!

I also write novels, mainly mystery, I work in TV when I’m not travelling, and I’ve recently started making music!

Ok, so like Sion you are from Wales and in general, the UK has great laws when it comes to LGBTQ+ rights. However, it is fair to say that across the UK there are places where being gay is much easier compared to others.  What are your thoughts?

Yes, gay Wales representation! We love to see it!

I’m from South Wales, in a small town just 45 minutes or so away from Cardiff (the capital city of Wales).

I do think how lucky I am to be living in a country where being LGBTQ+ is legal, accepted, and attitudes have changed. But saying that, there is still plenty more to do.

Compare our country with somewhere like Iran (Sion: also see our interview with a gay couple from Iran), and it’s easy to think we’ve got it all.

However, there are still people out there that don’t want to accept us for who we are, who still hold homophobic views, and generally go out of their way to get their views across.

There are definitely more accepting places in Wales.

I sometimes find the smaller towns aren’t quite as open or as forward thinking as cities such as Cardiff.

We’ve definitely made progress, but more should be made.

What are your thoughts on how the people of Wales view gay people?

Thankfully, I think views in Wales are mostly positive.

It hasn’t always been that way, but Wales has definitely changed its attitude and made itself more inclusive.

I recently worked on an article about LGBTQ+ history in Wales, talking to people who launched the first pride march in Cardiff in 1985.

Life for them was very different, and hearing them talk about the abuടe they experienced and the secret gay bars they frequented made me realise just how much Wales has opened up.

The majority of people I meet no longer bat an eye when I say ‘oh, I have a boyfriend’ instead of ‘yeah, me and my girlfriend.’ They simply nod and ask about him and conversation goes smoothly. As it should.

I think now there are more people realising that the gays have always been here, and we always will be.

Education and representation has been a big factor in that change, I think.

Have you seen these views change over your lifetime?

During secondary school I thought I would never come out.

The abuടe I experienced was enough to still make me calculate when to come out even now. Because we always have to ‘come out’ to new people.

At least I do. It’s pretty obvious I’m gay, from what I’ve been told, but people still ask about girlfriends before anything else.

During secondary school, I thought the world hated us. I told myself I was dirty, and I’d never come out, and I could simply hide it. Of course I couldn’t, I didn’t, and I’m glad I didn’t.

More education on LGBTQ+ lifestyle has been put forward in my lifetime, both in school, and simply in TV and advertisement representation. I would have loved to have seen that when I was a young kid who always knew a life with a wife wasn’t quite for me!

Have you had any homophobic experiences (or positive experiences!) specifically where you live?

Secondary school was horrible, because every day there was insults hurled at me, from the F word to the classic ‘gay boy’, ‘bender’ and ‘bum boy’.

I recently went to a wedding in Northern Ireland, where a group of guys whispered as I went past that I was an f*ing f*ggot.

It’s also when I walk down the street, especially where I live, I almost expect to hear some chav yell from his window that I’m a bender or something innovative like that.

Thankfully that seems to be getting less and less as I’ve got older.

I’ve also had many positive experiences. People simply chatting to me normally about my life, as well as getting advice from me on coming out, or simply just asking me about gay culture.

I even had one guy shake my hand when he found out I was gay, because he was just happy that I had came out!

If someone asked you where to go as a gay traveller in Wales, where would you suggest and why?

Wales is accepting. Thankfully, you can pretty much go wherever you want and not feel unsafe for being gay.

Wales has a lot of natural beauty, so there are a lot of things I would recommend like that, such as the Pembrokeshire coastal path, or hiking up Pen Y Fan.

But for the gay scene? Well, I would definitely recommend Cardiff!

It has a vibrant gay scene and many bars that are unofficially gay, as well as a very successful Pride March.

North Wales also had a Pride event, which was considerably smaller, but again, it’s great to see that side of Wales celebrating the LGBTQ+ community.

What do you think about the gay scene across Wales as a whole? Is there one even?!

More places are having their own pride marches, such as Swansea, but there are many other places, particularly small towns, where there is very little LGBTQ+ representation or celebration.

I think that’s a generational thing, as well as just small towns being set in their ways.

The town I live in was built for the miner trade, forgotten once the mines were closed and things changed.

In recent years, I’ve seen a pride flag fly from the council offices, but a march through that town centre? That hasn’t happened yet.

But like I say, there are hotels run by gay couples in Wales, there are gay bars and clubs not just in Cardiff, but in Swansea and Newport, too. I just hope to see more places in Wales catering to the LGBTQ+ scene as time goes on.

What advice would you give a gay traveller coming to Wales?

If it’s the gay scene you’re particularly after, consider staying in Cardiff. You will not be disappointed.

There are many bars to spend the night, with drag queen shows and karaoke and the best music you could ask for.

If you’re not looking for a gay bar, then there are a lot of other bars out there, some better than others in terms of the vibe and atmosphere.

Cardiff has a lot going on. History, culture, entertainment and excitement. It’s the place to be! 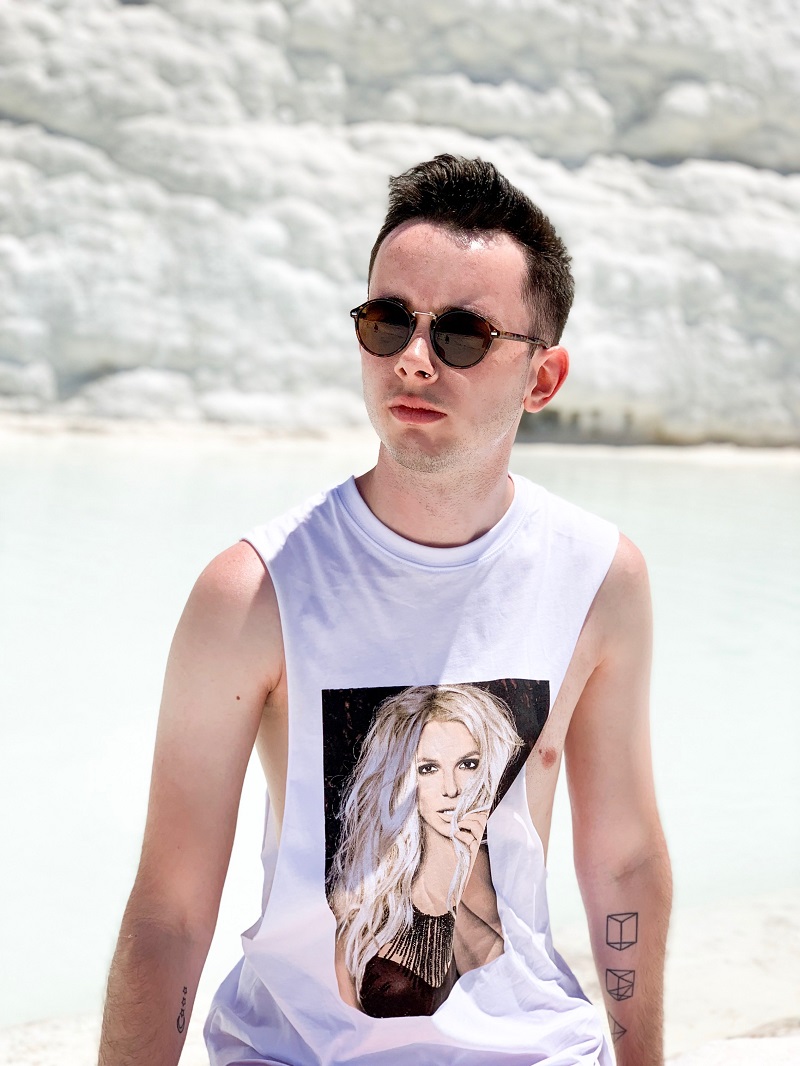 Is there anything else you would like to add?

Enjoy yourself! Don’t rush off to see what England has to offer. Don’t bypass Wales because ‘it’s just mountains’.

Wales is a stunning little slice of beauty. Scenic coastal paths and beaches that could be Malibu on a hot day, a dive into a deep pit that was once a working mine, or simply one of the amazing and many castles that littler Wales. There is history, culture and memories to be made here.

Thank you so much to Jack for sharing his experience with us, if you want to find out more from Jack please check out his socials below:

Brighton Gay Beach: How to find the Gay Beach in Brighton