LGBTQ+ education in schools has come a long way since me and Ben were students.

I grew up not understanding anything about LGBTQ+ people and certainly had no idea that I could act on or have a life in line with the feelings I felt growing up gay.

I honestly had no idea that two guys being in a relationship together could be a normal, happy and healthy thing.

This is one of the many reasons why it is so great to see LGBTQ+ education being implemented in schools by way of society learning more in general and quite importantly though government guidance which schools must adhere to.

Whilst there are plenty of positive things happening, there is still so much more to be done.

As you will find out in this interview, LGBTQ+ related bullying is still the most common form of bullying in schools and LGBTQ+ students are at much higher risk of self-harm or worse. This needs to stop.

Today we speak with Olly Pike who we first met back in 2018.

Olly is an LGBTQ+ edutainment (education + entertainment!) trailblazer who runs the education company Pop’n’Olly and is doing some truly fantastic work to help spread the message and increase  understanding of diversity and inclusiveness across schools in the UK.

Sion: Hi Olly, thanks for taking the time today. First things first, please introduce yourself to our readers.

Pop’n’Olly is an LGBTQ+ edutainment resource used by children, parents, carers and teachers who use our videos and books in their schools, classrooms and homes to teach about equality and diversity.

Ultimately we want to combat homophobia, biphobia and transphobia before it begins as well as create a more accepting society for future generations

Why is LGBTQ+ Education Important?

Sion: We certainty think LGBTQ+ education is important, why do you find this such an important topic?

Olly: For multiple reasons, firstly on a personal level because by growing up gay I know what it feels like to feel different and alone and I don’t want any kid to grow up feeling like that because it has lasting effects.

Another reason is my own experience with homophobia. I always thought where does this [homophobia] come from, who has been taught to be homophobic?

But then thinking about it I realised that’s not really the case, it’s more ‘who hasn’t been taught not to be homophobic’.

Finally just on a grander level, it’s about saving lives. LGBTQ+ bullying is the most common form of bullying in UK schools, we know LGBTQ students are far more likely to self-harm and more likely to take their own life – this needs to be combatted as soon as possible. 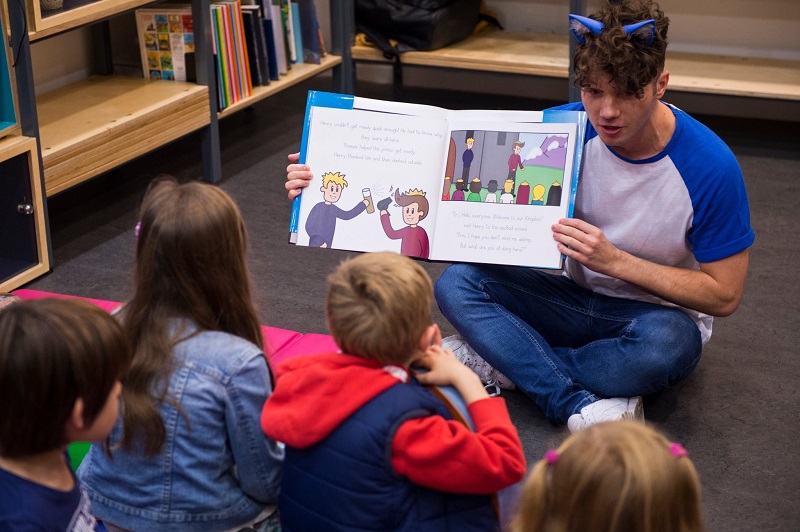 Sion: So what is the current situation in schools with LGBTQ+ education, is it good, poor?

Olly: It varies greatly depending on the school, each is different.

We have government guidance for all schools on RSE (Relationship and Sex Education) and for primary schools there is clear guidance to say that children need to learn about different types of families including LGBTQ+ families.

That is the guidance, and all schools need to adhere to it. It is quite new guidance and well overdue.

We have also had the equality act since 2010, again this needs to be adhered to in schools so that all students feel included, respected and not harassed.

Sion: And what support do teachers get, is it enough?

Olly: Some teachers are getting great training, I do some for primary school teachers and you also have Mermaids, Educate and Celebrate, No Outsiders and so many more that are going into schools to talk to students and deliver teacher training.

Sion: You mentioned the No Outsiders programme, I remember seeing you on BBC News around the time of No Outsiders and the backlash. (A programme to teach children about diversity including religion, disabilities, different families and so on – this caused massive protests outside schools)

Olly: It was really unfortunate but in a way was positive because it brought the issue to the forefront of people’s mind and eventually resulted in a judge ruling you cannot protest outside a school for these reasons.

Some parents were taken to court for taking their kids out of school for long periods because of these programmes.

What will move LGBTQ+ education forward?

Olly: Teachers need to have the training, have the resources and be given books for the classroom, they need to feel empowered and have their confidence boosted.

For example, teachers need to know that there is no need to go into huge detail on gender and sexuality when students are 4, but they can make it very clear that its ok to have two dads or two mums. 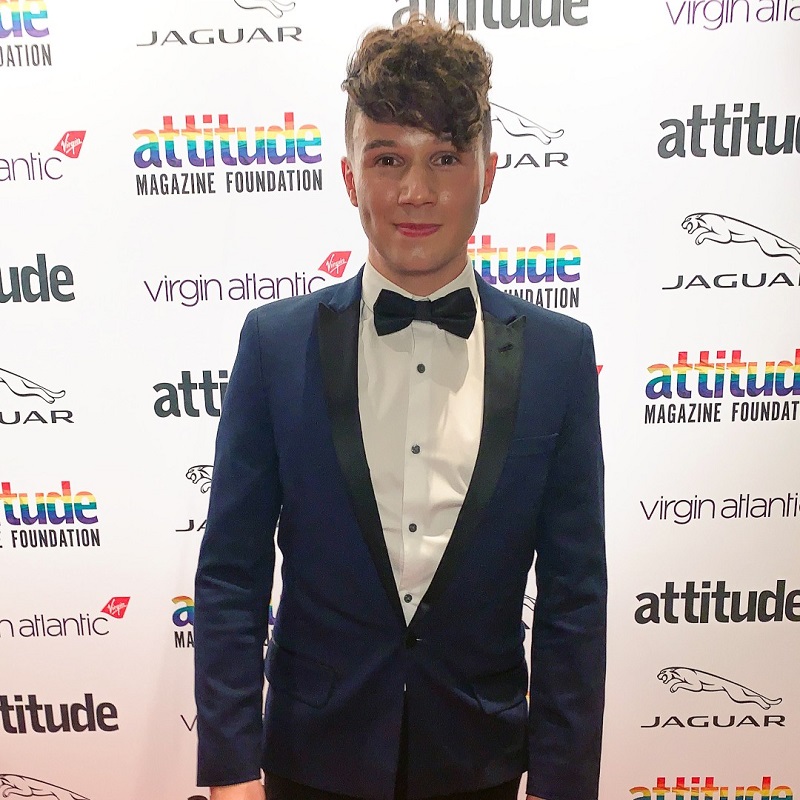 Sion: We love what you have been doing and we have no doubt it will have already helped so many, can you tell us more about Pop’n’Olly what made you start?

Olly: My background is in theatre and entertainment. I did a lot of children’s theatre, television and panto and fell in love with that world of make believe.

I then started creating my own fun comedy content on YouTube for kids and that grew and grew.

It was not until I started to make my content LGBTQ+ inclusive that things really started to take off.

I found out people were watching and using my content in lessons, it was at that point I realised that people really wanted and needed this.

From there it grew organically into an education company which has been weird, exciting and fun. It’s going really well!

What is the most popular book from Pop’n’Olly?

Sion: We are glad to hear things are going so well and it has been lovely to follow your journey. We recently read some of your books and loved them all, which would you say has been the most popular?

Olly: Currently my most popular book is Prince Henry, it was my first book that I released 5 years ago.

I think collectively I have distributed about 13-14k books and Prince Henry has been the most popular because it was my first and it a gay fairytale romance but the others are all doing well aswell.

What has the response been to Pop’n’Olly?

Olly: Mostly incredibly positive to the point where is surprises me in terms of ‘OMG’ I have created something good and I actually do know something about this topic and I know what I am talking about.

I would say 95% of feedback is positive, everyone loves the books and the videos.

I do get criticism and backlash sometimes, not so much recently but 3 or 4 years ago I was getting a lot of criticism and hate, people were saying I was brainwashing children.

I get the most backlash now over transgender and gender content, no so much on any gay or bi content.

It’s the same for anyone who tries to take a stand for trans rights, there is a small minority of trans exclusionary radical feminists who are aggressive and they are the worst trolls I have ever experienced.

I am aware that I have so much privilege, being white and cisgender and I still find the backlash fatiguing, I can’t even begin to imagine what its like for someone who is trans or non-binary who has a profile online, the hate they must get must be unbearable.

What is next for Olly Pike? 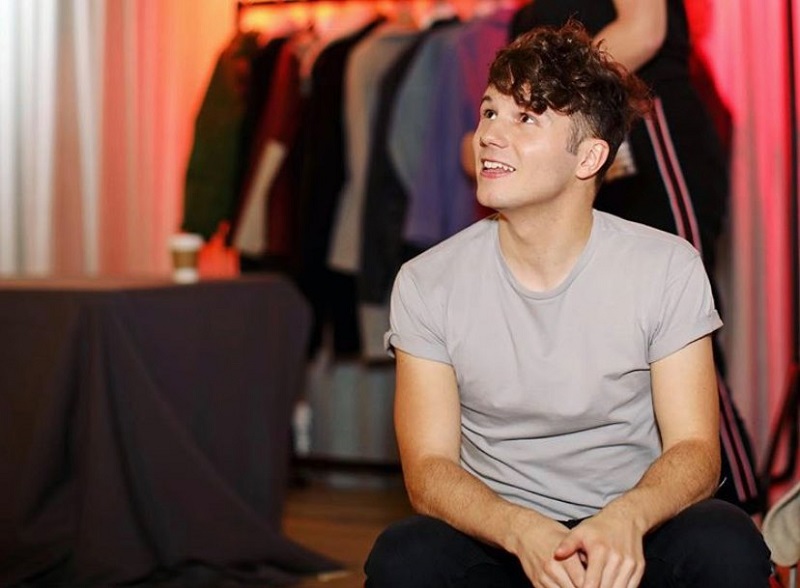 Olly: I am currently writing a new book, my first non-fiction.

It is going to be a guide to what LGBTQ+ means, identity, explain sexuality, gender, love and all these different things that a kid might have questions about and I am going to explain them in super simple ways.

I am not sure what its going to be called yet, maybe simply ‘What does LGBTQ+ mean’ and I guess it’s not just going to be for kids because a lot of parents and teachers will want to learn this stuff aswell.

Want to find out more?

Thank you so much to Olly for taking the time to speak to us about this important topic and for the incredible work he is doing.

Welcome to Gay Tiktok: 20 Must Follow Gay Tiktokers of 2023