We have seen our fair share of Mayan ruins throughout Central America (see the amazing Tulum!) but the Xunantunich Mayan ruins in Belize were definitely some of the best yet.

The Xunantunich Mayan Ruins are located about 110 km west of Belize city and just 1 km away from the border with Guatemala (make sure you head to Lake Atitan in Guatemala at some point!)

Xunantunich was originally a small village as early as 1000 BC but the large architecture that we see today began to be built in the 7th century.

The highest spot at Xunantunich is on top of the El Castillo ruin at 130ft, the is suspected to have been the ruling family’s burial shrine. The views from here are incredible!

How to get to Belize, Xunantunich?

First you need to get to San Ignacio from Belize City which is where you will fly into, take a look here to find out how.

Once you are in San Ignacio, Xunantunich is 13km away. We thought it would be an easy cycle. It most certainly wasn’t!

The landscape is very hilly, 13km of hills in the heat was seriously hard. However, the scenery along the way was beautiful and so we stopped for an ice tea to refuel halfway.

Alternatively, you can go to the Xunantunich Mayan ruins in a taxi or as part of a tour via minibus.

The ruins here were breathtaking, the image does not show the scale!

What you can expect to see at Xunantunich?

The entrance to Xunantunich is very obvious from the road. You need to cross the river via a hand cranked river crossing (no cost) and then travel along the road another 5 minutes.

Pay your fee of $5 at the office and you can enter!

These ruins are impressive. Best of all you can still walk up the stairs of each ruin for some incredible views and look over Xunantunich as if you were Mayan royalty. This made a massive difference to our experience as many ruins such as Chichen Itza cannot be scaled anymore due to the steps wearing away meaning people can fall and seriously injure themselves.

From the top of the highest Mayan pyramid you can see both Belize and Guatemala at the same time which is very unique!

We took about 30-40 minutes to explore the rest of the ruins before heading back down. That’s when we started to hear the screams…

No, it wasn’t people falling off the pyramids. Howler monkeys surround Xunantunich and they really do live up to their name. We managed to spot three.

They are the loudest monkeys in the world and although they would not attack, they sound terrifying. In fact, the noise they make was used for the dinosaurs in Jurassic park, it really does sound like a T-Rex could burst through the bushes at any moment!

Where did we stay?

We stayed just outside of San Ignacio in Santa Elena. We found a farm with a beautiful cabin overlooking a lake nested in the hills on AirBnB. The owner provided us with bikes to access San Ignacio which took about 15 minutes. He even allowed Ben to ride the horse around the farm!

This worked for us really well because we wanted to relax and be somewhere quiet to enjoy the scenery in between our adventure days.

San Ignacio is becoming very popular and we can definitely see why. Don’t miss out on the incredible ATM cave and Xunantunich. If you have more time, there is plenty more to keep you busy! 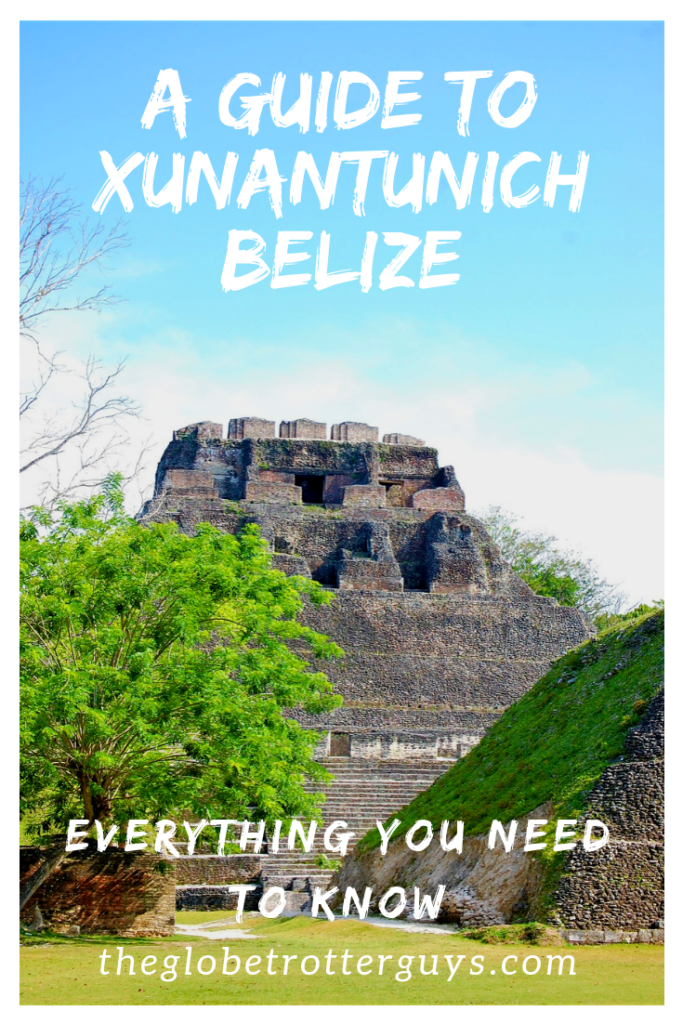