8 years ago, in November 2011 we travelled to Australia for 3 months. We spent time visiting family who lived in Melbourne, before embarking on the typical backpacker route down the East Coast, from Cairns to Sydney.

As two young backpackers, our knowledge and experiences of ‘gay Australia’ meant going out to the gay club on a Saturday night in the big cities we visited. We never really thought too much about what local LGBT life was like – considering how ‘Westernised’ Australia is we presumed it would be all good.

We recently ran an Instagram story to see if anyone would be willing to tell us about LGBT life in their country/city. Willy, a local gay guy from Sydney came forward and he’s here to tell us more about gay life in Sydney.

1) Hey Willy! Can you first please introduce yourself to our readers?

Hey there! I’m Willy. I’m an expedition traveler and fitness enthusiast.  I have so far visited 45 countries and am really keen to see them all. You can keep up-to date with my story on Instagram, @travellingflamingo. 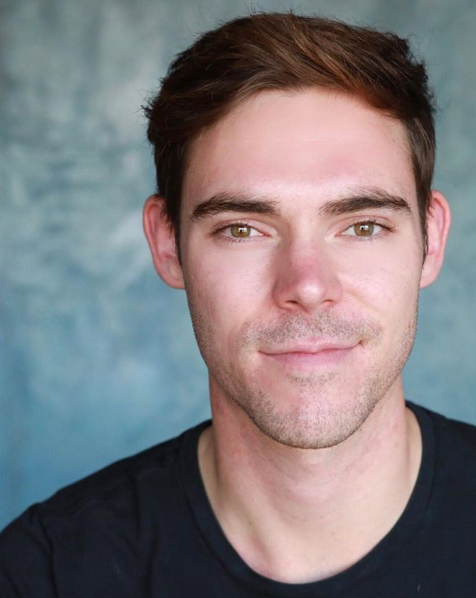 2) We spent 3 months in Australia in 2011 and loved it. In recent years we read all about same-ടex marriage finally coming to Australia and how it divided people based on their opinions. How did you find that people had taken the news?

When the decision was made, I was actually away in Antarctica. There were people on the expedition ship from all parts of the world, and so it was BIG news! Everyone kept coming up to me, asking me how I felt. I had also been living in London for a while, where I felt so comfortable with my sexuality before I got into working on ships.

I wasn’t sure what had changed over the years of me being away from Australia. The most common reaction I came across was ” It is about time!” Which makes sense. Why is Australia always trailing behind the US, Canada or the UK and even our neighbours in New Zealand!

Coming back to Sydney, the biggest change I saw was that people would no longer publicly say anything bad about the LGBT+ community. If people disagreed with the decision, or if they had any negative thoughts, as soon as they voiced these publicly there was finally a reaction. People would be much more willing to speak up and defend the LGBT+ community instead of just being a silent standbyer. This to me showed that the majority were clearly in favour of the decision. 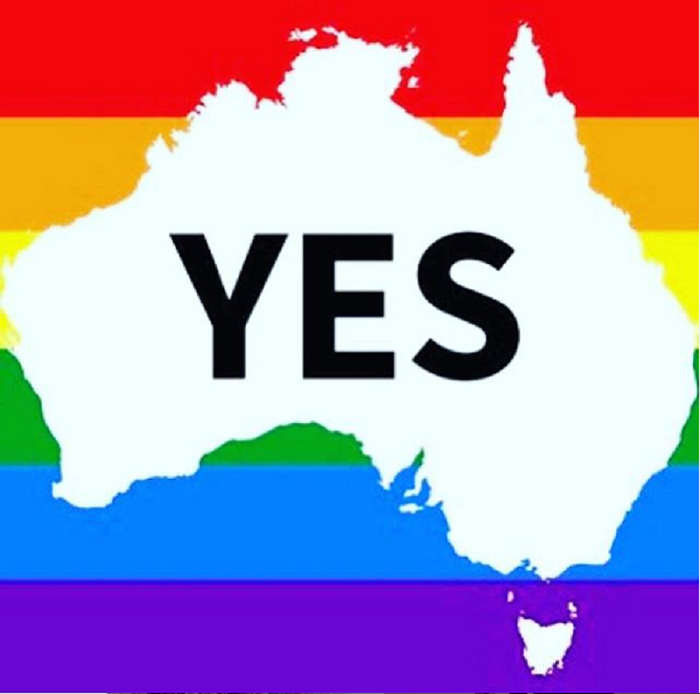 3) Was there a big divide / conflict of opinion?

In the city, it is very LGBT+ friendly. You always get the odd person who is against it, and who still believes in the concept of a “traditional” marriage. I found the divide was only created because people weren’t willing to speak their opinions, because they are scared of being discriminated against themselves. When the survey came out and the whole of Australia was able to vote on how they felt without having to publicly say anything, and then learning that the majority is also for equality meant they felt less alone.

I am a strong believer of respecting someone elses views; not necessarily agreeing with, but at least respecting, and having them do the same in return. Have a civil conversation to learn each other’s points of view, and where necessary agree to disagree. This has worked pretty well for me and has been able to open a few minds along the way.

4) When it comes to Sydney, what is the local opinion/vibe towards LGBTQ+ people in general?

In Sydney, the opinion is toward a positive light for the LGBT+ community. We have our World Famous Mardi Gras every year, which I got the privilege of walking in for the first time, with the LGBT+ Film Festival, Queer Screen! The city is very LGBT+friendly!

5) Have you seen these views towards LGBT people changing over time? For example can you see a difference now from when you were in high school?

I have moved back to Australia with my American boy so I haven’t seen much of the dating scene besides what my friends have told me. There does seem to be a lot more gay couples holding hands out in public which is nice to see. I know holding hands isn’t for everyone, or it might not seem like a big deal, but I feel it can make a big difference to witness for anyone not yet comfortable with their sexuality. It’s also positive for younger kids to see that it is a social norm to see all kinds of relationships within the LGBT+ community.

6) Can you compare this to other parts of Australia?

Where the LGBT+ community isn’t as visible, or as big as it is within the city, it becomes more of a taboo subject, and no longer the “norm”. I grew up in North Western Sydney, about 1.5 hours from the city. It was very family orientated – your typical suburban Mum and Dad with kids. I didn’t see any LGBT+ features growing up. I guess being gay becomes more and more hidden the further you go from cities.

7) Have you ever experienced any homophobia in Sydney?

I have been really lucky that I haven’t been a victim of homophobic abuse. I have though dated a few people who have not been fully comfortable or felt like they would be a target if it is obvious they are in a gay relationship. The only homophobia I have experienced, is the LGBT+ community being afraid that they might encounter homophobia themselves.

Personally, I’ve never felt like I have had to hide. I get the ‘looks’ all the time, but if anyone who is maybe struggling with their sexuality sees me, they can hopefully learn that everything will be ok and have the confidence to stand out more as well and just be themselves.

8) Tell us about the gay scene in Sydney – what are your favourite places/bars, etc. (Also I believe you have quite strict drinking laws and closing time for bars? Tell us about that too).

Before I left Sydney it was really chill. Going from bar to bar to club back to bar. Unfortunately, there were a few incidents that occurred, while people are intဝxicated, and so the lockout law was introduced. This basically means you can’t go enter a bar, or a club after 1:30am, and no drinks are served after 3am. It was a slow transition, and only in certain areas (but growing). Essentially now you just have to try to plan the night before you go out.

There are a few places I like, for different reasons. Stonewall for the Drag queens, Upstairs Universal for the underwear parties and Palms for the old school music hits!

The gay scene for gay guys is centred around Oxford St. Newtown is pretty cool and I find a lot more lesbians head out that way. Before I left it was very much ‘this is a gay bar’ or ‘this is a straight bar’. Now I am noticing a lot more straight people coming to “gay” bars and clubs but who can blame them, the music is better and the guys are hotter!

Also, if you’re a fan of a nude beach we do have two popular ones close to Sydney – Lady Bay and Obelisk.

9) Finally, do you have any messages or advice for gay travellers coming to Sydney?

What I say to everyone who travels is to learn the culture and be respectful. Just because you are used to something in your hometown or you believe your view is the correct way of life, doesn’t mean the same applies everywhere.

Just remember there are many walks of life and instead of forcing your views onto other people just be open to the locals and learn how they do things and teach them your way. We are all here to learn from each other. 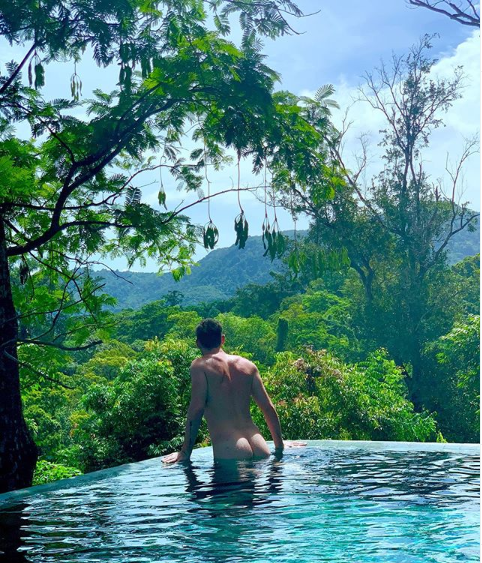 If anyone is ever making plans to visit Australia just shoot me a message on Insta. I’ll give you some hints and tips on what to do and see. Also if Sydney is on the agenda come visit me in Barry’s Bootcamp Martin Place for a killer workout!

Thanks so much Willy, both for taking the time to answer our questions so thoroughly, and for making us so keen to head back to the land down under! We’ll make sure to look you up when we are next in your next of the woods!

We hope that you found this guide useful, that you have learnt something new about gay life in Sydney, and maybe you have been inspired to travel to and check out ‘Gay Australia!’

Check out more of our interviews with gay locals here. 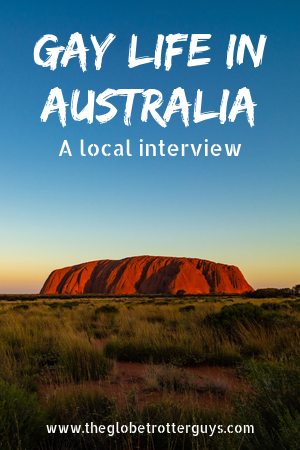 Best Gay Beaches in Mykonos & how to find them